Our bargain £7 bottle of Morrisons Ruby Port has beaten all other supermarket ports to win a prized ‘platinum’ award in the Decanter World Wine Awards - the highest possible accolade that can be given to any wine. 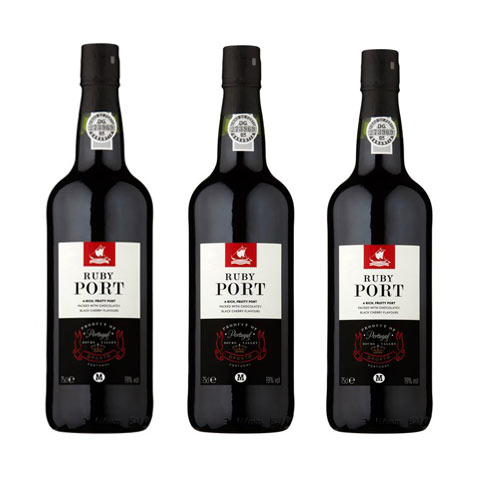 The Morrisons Ruby Port is the only supermarket port to win the Platinum accolade at the Decanter World Wine Awards, beating bottles like the Burmesta Colheita 1952 Port* which costs £395.

Port is a traditional ‘winter warmer’ and Christmas staple for lots of families, and a top drop for pairing with a cheeseboard over the festive period. But choosing a bottle can be tricky - especially for those who only drink ‘ruby’ occasionally. However, considered a ‘must buy’ by the testers at Decanter thanks to its chocolatey black cherry flavours, the £7 wonder even beat bottles such as the Burmesta which is priced at £395, and was ranked with a ‘gold’ award - making it a ‘no-brainer’ choice for anyone browsing the wine aisle in the run up to the big day.

Mark Jarman, Senior Buying Manager at Morrisons says: “We work with Symington Family Estates to create all the Ports in the Morrisons own brand range. The Symingtons are one of the oldest and most respected Port houses and produce the world famous Grahams, Dows, Cockburns and Warres brands. I travel to Portugal every year to put the blends together for our own brand range, working directly with Charles Symington, the company's head winemaker,  and use a combination of very carefully selected wines for each line. Morrisons Ruby Port is sourced from some of the finest Quintas (farms) in the Douro valley and my aim is always to create a rich and concentrated style which is also elegant and perfectly balanced.”

Port is a sweet fortified wine produced from grapes grown in vineyards in the valley of the Douro river in Portugal. It can be made from a number of different Portuguese grape varieties, but the five most common ones are Touriga Nacional, Touriga Francesca, Tinta Barroca, Tinta Cao and Tinta Roriz, (the Portuguese name for Tempranillo, the main grape used to make Rioja in Spain). 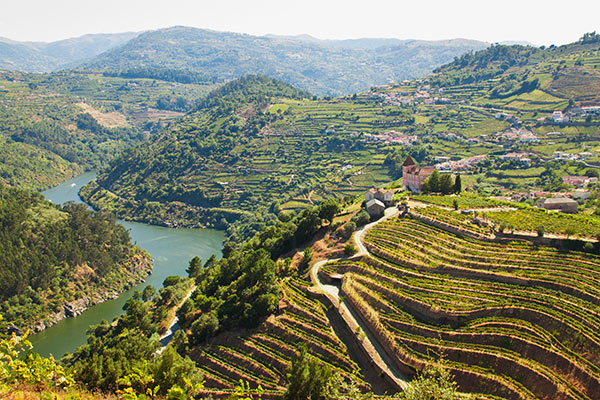 The vineyards are planted on steep terraces that rise almost vertically on hard granite slopes above the river, making this one of the most beautiful wine regions in the world. It is impossible to harvest using machines on these steep slopes so the grapes have to be picked by hand.

After harvesting, the grapes are still often crushed by foot in large square concrete troughs called Lagares. The dark red juice and crushed skins are fermented together until the alcohol level reaches around 7% at which point neutral grape spirit at 77% is added to stop the fermentation. This is called fortification and is why we refer to Port as a Fortified Wine. All the delicious sweetness is captured in the wine as most of the sugars have not yet had the chance to be converted into alcohol. The combination of partly fermented grape juice and grape spirit results in an alcohol level in the Port wine of between 19 and 20%.

What is Ruby Port?

Ruby Port is so called because of its bright red colour and is the least expensive and most extensively produced type of Port. After fermentation, it is stored in tanks to prevent oxidation and to preserve its attractive colour and rich fruitiness. It can be stored in tank for up to 3 years before being bottled but is made to be drunk young while it is fresh and vibrant. Just because it is the cheapest type of Port doesn't mean it's a style to be avoided. In fact, quite the opposite - with their youthful and fiery character, Ruby Ports can offer fantastic value for money.

“This port offers a deep rich fruit flavour and amazing quality at a stellar price. We are are very honoured to have won this award as we head into the festive period.”
Mark Jarman, Senior Buying Manager at Morrisons

What to serve with Morrisons Ruby Port

The classic partner for our Ruby Port is blue cheese. This is because the pungent saltiness of the cheese is perfectly balanced by the sweetness of the Port which also has enough richness and weight to stand up to the fullness of flavour of the cheese.

That said, the cheese doesn't have to be just on its own or on a cheeseboard to be a delicious partner. Think outside the box and enjoy a glass of Ruby Port with any dish which uses blue cheese as a key ingredient such as Stilton and broccoli soup or a blue cheese tart. Ruby port can also partner sweet dishes as long as the dish is not overly sweet - you need the sweetness of the Port to still stand out. Chocolate based dishes such as chocolate torte or dark chocolate mousse are good. Or try a glass of Ruby Port with some squares of milk chocolate for an indulgent end to a meal with friends. 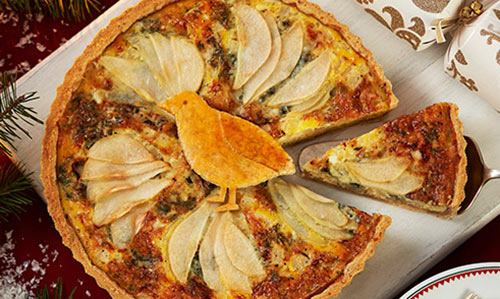 How Long Does A Bottle Of Port Last?

The great thing about Port is that as it's a fortified wine, it will resist the damaging effects of exposure to oxygen longer than a table wine. In fact this was one of its important attributes historically as it was shipped around the world and needed to be able to stand the test of time. So, once opened, a Ruby Port will last for up to 3 months especially if stored in the fridge where the oxidation process will be slowed down.

If this blog has whetted your appetite for Port and you'd like to know more, a long weekend in the city of Oporto is well worthwhile. Many of the Port houses offer guided tours of their lodges where the port is matured prior to shipping, and a trip up the Douro by boat to one of the villages in the heart of the valley offers breathtaking views of the majestic vineyards which rise up on either side of the river.

Morrisons Ruby Port is available online and in the majority of stores for £7 for a 75cl Bottle.

Low and No Cocktails