This World Cancer Day, on Sunday 4th February, Morrisons wants to help CLIC Sargent give more families access to their services. Here’s Mo’s story - just one of the reasons why ‘banding together’ is so important for young people with cancer... 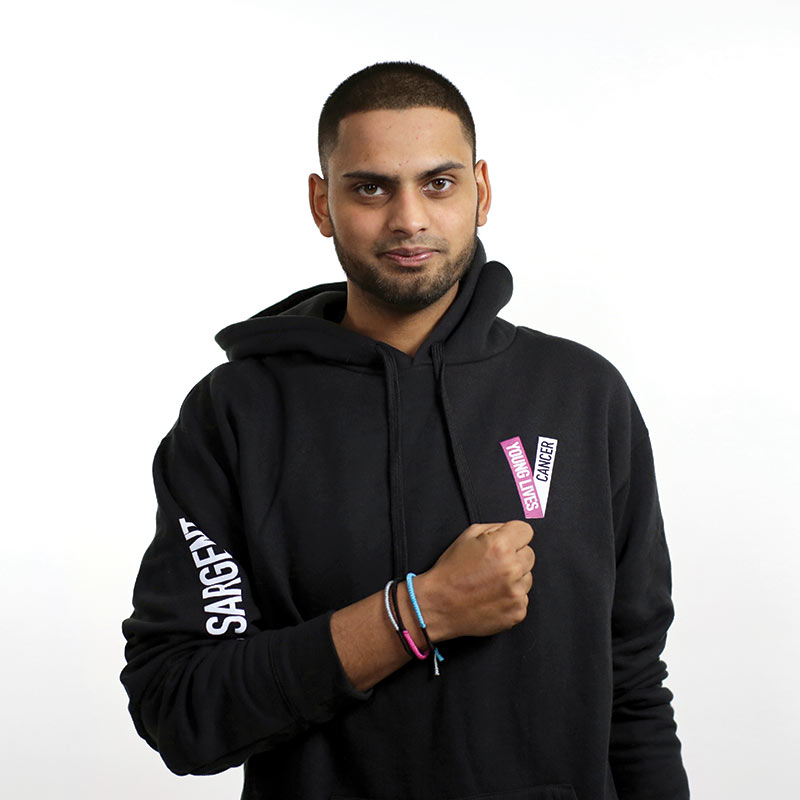 Mo, 23, was diagnosed with a rare Germ cell tumour in August 2016 and after undergoing treatment, relapsed with a brain tumour later that year. CLIC Sargent supported Mo and his family through it all.

Mo underwent four cycles of chemotherapy starting in August 2016 after being transferred to the Royal Marsden Hospital in Sutton. Mo, one of four children, had great support from his family during this time.

Mo was given the all clear in October 2016 and was looking to the future, and applying for colleges. To celebrate the end of his treatment, the family went on holiday to Portugal but cruelly the holiday was cut short as Mo fell ill again. The family flew home early, and tests in the UK showed a tumour on his brain.

Mo underwent surgery in February 2017 to remove the tumour and radiotherapy following that to shrink the parts they couldn’t remove. He now has scans to monitor the tumour and it’s unclear at the moment whether he will need more treatment in the future.

During this difficult time, Mohammed received support from a CLIC Sargent social worker who provided practical, emotional and financial support.

"I was surprised this support was available” said Mo. “My social worker, Charlotte, was suggesting things I would never have thought of, like help with travel and money issues. The financial help and the CLIC Sargent grant was important, it helped me a lot especially because I had no work.”

“Some days because of the chemo I wouldn’t be talking to anyone but Charlotte comes in chats to me and makes me happy. She changes my whole mood. She talks to my mum and helps her in any way she can which takes the pressure off the family. She organised for us to have a break as a family which made a massive difference too.”

Now Mo and his family are determined to give something back by supporting CLIC Sargent’s World Cancer Day campaign. Supporters can donate £2 to get their own Band Against Cancer wristband to raise vital funds and awareness.

Mo explained: “As a family we are really proud to wear our Band Against Cancer wristbands because CLIC Sargent made such a difference for us. Buying a band and raising awareness is such an easy way to make sure families like mine get the support they need.”

For more information on CLIC Sargent, the partnership with Morrisons and how you can get involved, please visit www.clicsargent.org.uk/Morrisons

Sara was 12 when she first found out she had a brain tumour. She had surgery and Proton Beam Therapy. But it came back. Watch her tell her story and learn why CLIC Sargent's work is so important...