September is Childhood Cancer Awareness Month (CCAM). Since February 2017, Morrisons have been in partnership with CLIC Sargent, the UK’s leading charity for children and young people with cancer.

CLIC Sargent, alongside support from Morrisons, has been there throughout the Covid-19 crisis, helping families navigate their way through the unknown. They have provided invaluable emotional support, financial advice, and a safe space for the whole family to turn to in unprecedented times. As the situation continues to unfold, their services are needed more than ever before – and so is your support.

Sumayyah is three years old and was diagnosed with leukaemia in 2018. Last year she received a stem cell transplant but then back in March the steroids she was on caused seizures and she was taken to hospital.

Amira, Sumayyah’s mum says: “She was unresponsive and they had to resuscitate her. That was the worst I’ve ever seen her. I keep replaying the images in my mind, the events that happened, and if there was any way I could have prevented it. I nearly lost her.

“So from March until May, she was an inpatient. That time during lockdown was one of the most intensive things we have gone through with everything – nobody to talk to, limited social interaction with other parents. Sumayyah’s Grandma was at home alone as she wasn’t allowed to visit. It was just me and Sumayyah. It was a vulnerable time.

“Now, Sumayyah is doing well. We’ve had hiccups in the journey, especially during the time of the coronavirus. With isolation, we just didn’t know what was going to happen but CLIC Sargent did all they could to help. We are really grateful for everything they have done for us. Sumayyah is home and happy, and I wouldn’t have been able to do this on my own.” 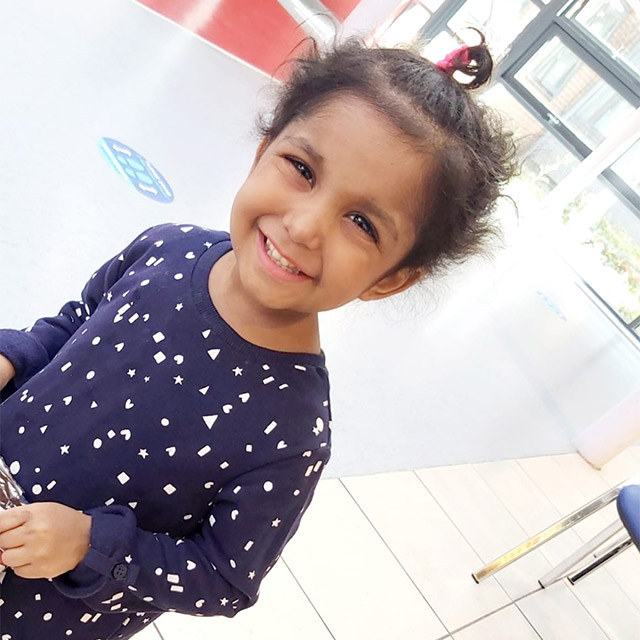 How you can help

CLIC Sargent is calling on you to let young cancer patients and their families know they haven’t been forgotten. Fundraising will be happening in Morrisons stores from the 7th September for two weeks so keep an eye out and please do support if you can.

Every Pack Gives Back

Every Pack Gives Back is here for September. For each special Every Pack Gives Back product you buy, a donation will automatically be made to CLIC Sargent. Help young lives facing cancer just by doing your shopping! From coffee, to snacks, biscuits and more – look out for special packs in-store or online.

Find out more about CLIC Sargent and make a donation

Find out more about our charity partnership with CLIC Sargent >>