Bringing a taste of Spain and Portugal to your home, we're bringing your summer holidays to you this season. Tuck into these delicious Spanish and Portuguese inspired dishes at home this summer.

Method
1. Heat a large skillet pan over a high heat and add chorizo. Cook for 5 mins ensuring to stir occassionally before transferring to a plate.
2. Add the oil to the pan over a medium heat, add garlic and chilli and cook for 2 mins.
3. Add the prawns and scallops and cook for 5 mins until the prawns are pink and juicy and scallops caramelised. Ensure you flip the scallops occasionally for an even cook.
4. Add seasoning, parsely and paprika, stir through and enjoy with crusty garlic bread! The perfect Spanish Supper for a Summers day.

Method
1. Add oil to a large frying pan over a medium-high heat.
2. Distribute the melon evenly across the pan and sprinkle with chilli flakes. Cook for 4-5 minutes until charred on one side and then flip.
3. Combine the orange juice and honey and pour into the pan. Simmer the melon in the juice for 4-5 minutes and remove from the pan (reserve the pan juice).
4. Serve the melon on a bed of mixed leaves muddled with serrano ham and pour over the rest of the sauce as a dressing. Lunching just got a healthy upgrade!

Method
1. Slice the tomatoes in half and grate into a bowl. Season and stir through.
2. Brush oil onto both sides of the bread and place in a griddle pan over a medium heat. Flip once grill marks appear on one side and repeat.
3. Rub the warm bread with the garlic clove and then top with the tomato pulp followed by two anchovy fillets.
4. Add a couple of pea shoots, crack over some black pepper and drizzle with olive oil. The perfect centerpiece to any tapas banquet!

Method
1. Blitz watermelon and sugar until smooth and pass through a sieve.
2. Add the wine, vodka, lime and sparkling water to a jug filled with ice.
3. Stir through a few watermelon chunks and lime disks.
4. Pour into glasses, add a watermelon wedge to the rim and a sprig of mint and enjoy. The ultimate cocktail refresher!

Method
1. Pre-heat oven to gas 6, 200°C, fan 180°C and place the chicken breasts on a oven tray lined with baking paper.
2. Drizzle with the oil followed by rubbing in the seasoning so evenly covered and pop in the oven for 20-25 mins. Add a slice of cheese on top of each for the final 5 mins to melt.
3. Meanwhile, toast each brioche bun in a griddle pan over a medium heat for a few minutes.
3. Add a dollop of salsa to your bun, followed by the lettuce, cheesy chicken, more salsa and pineapple ring. The perfect summer twist to every chicken lovers favourite burger!

Method
1. Pre-heat oven to gas 6, 200°C, fan 180°C and grease a 12 hole muffin tin.
2. Add sugar, cornflour, milk and a pinch of salt to a pan over a medium heat and whisk continuously for 5-10 mins until thickened. Transfer to a bowl, cool for 20 mins and whisk in the egg yolks and vanilla before straining.
3. Cut the pastry sheet in half and place each on top of oneanother beffore rolling into a rectangle shape. Cut into 12 rounds and roll each on a floured surface (approx 12cm) before pressing into each muffin hole.
4. Add a tablespoon of strawberry jam into each case, fill with the egg custard and bake for 25 mins. Top with fresh strawberries and enjoy a summery fusion of Portuguese meets British flavours. 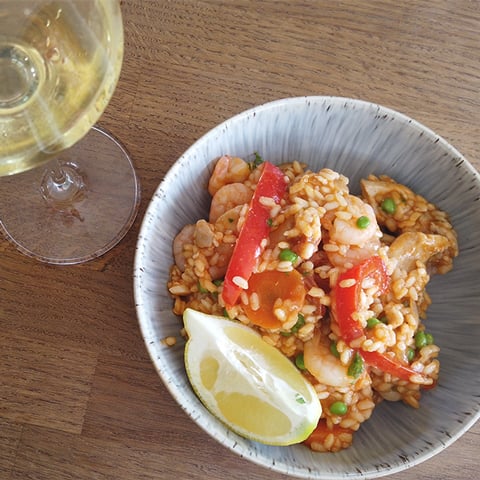 Check out Faye of The Foodie Mum's Paella recipe below. 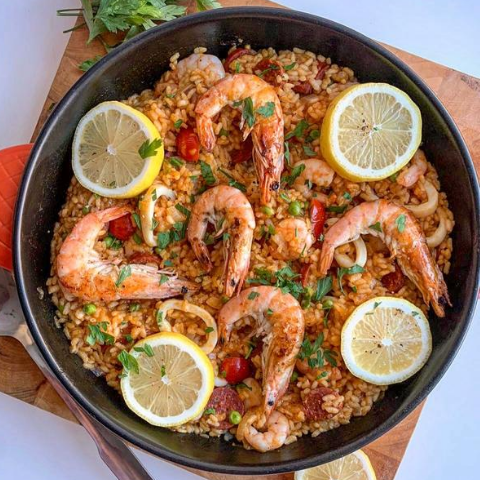 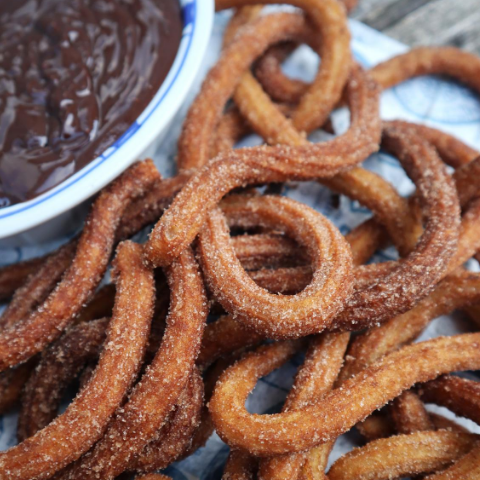 For the cinnamon sugar:

Check out Sophie of @SophiesHealthyKitchen's delicious recipe for Spanish Style Rice and Beans - it's quick, easy and full of flavour! 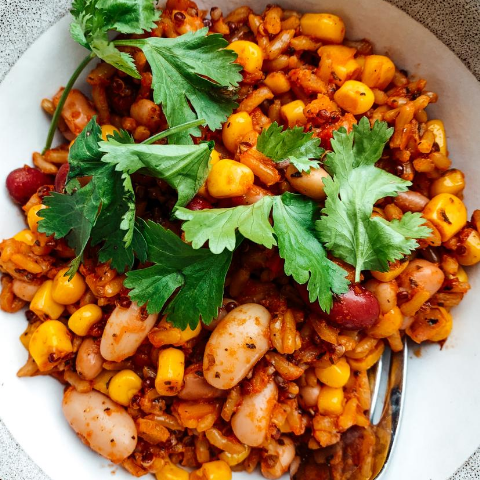 Quick and easy to make, tuck into Sophie of @Sophie_the_Flexitarian's recipe for a Spanish Omelette. 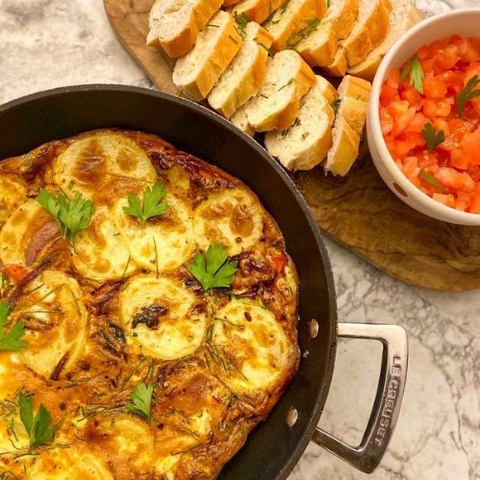 We've launched our own line of carbon neutral eggs

We've launched our own line of carbon neutral eggs