What are Chia Seeds?

Originally grown in Mexico, Chia Seeds were valued for their medicinal properties and nutritional value, with the Aztecs and Mayans believing that they were a good source of energy - ‘Chia’ translating as ‘Strength’ in the Mayan language. These days, the seeds are used as an ingredient that provides an excellent source of protein that is high in fibre.

Chia seeds are a source of Alpha-linolenic acid (ALA) which helps keep blood cholesterol levels healthy and normal.

How can I buy Chia?

Chia Seeds are available in lots of forms at Morrisons - from whole or milled varieties in cooking (often as an egg substitute, flour alternative or thickening agent) to muffin mixes, wraps, breads and even a face oil.

Did you know...
Chia Seeds were so well regarded by ancient civilisations that they were used as currency.

Chia Seeds have a ‘neutral’ taste compared to pumpkin or hemp seeds. When soaked, the flavour becomes sweeter.

What can I try Chia Seeds in? 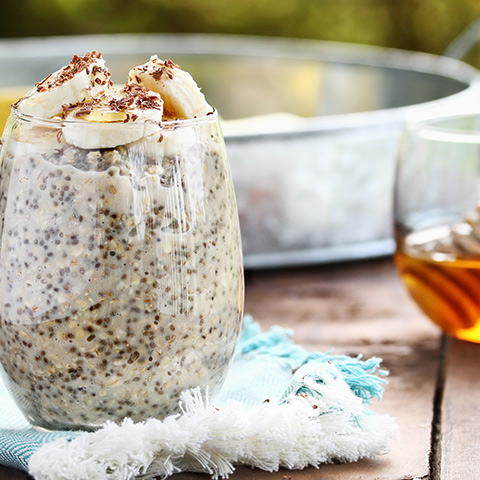 Soak the seeds in water or milk and chill in the fridge for at least two hours. As they absorb the liquid, the seeds form a tapioca style pudding.

You can add flavour by using different milks or fruit juice, or by adding spices such as cinnamon, ginger, Turmeric or Manuka Honey.