Morrisons is in the last year of its successful, five-year charity partnership with CLIC Sargent and there is one last exciting milestone coming up: the opening up of a new ‘Home from Home’, funded by Morrisons, in Manchester.

Homes from Home are a free place for families to stay when their child is going through cancer treatment. They are close to principal treatment centres, helping families avoid the extra financial burdens of travel, accommodation and food costs. They also allow young cancer patients to be close to their loved ones, keeping the family together at a difficult time.

Works are now well underway transforming an old property, formerly used as offices, into fantastic free accommodation for families. The ‘Home from Home’ can be found just down the road from leading cancer treatment centre, The Christie, in Didsbury, South Manchester.

The name of the new Home from Home was a key focus for both Morrisons and CLIC Sargent who agreed that it should reflect the spirit of the partnership and honour someone who has been there since the very start as an important part of both organisations.

After careful consideration, the name was chosen and it was a unanimous decision: the new CLIC Sargent Home from Home, funded by Morrisons, will be called…‘Jack’s House’ after 12-year-old Jack Thompson.

Jack, from Gateshead, is a familiar face to Morrisons colleagues, and also many customers, having raised over £100,000 for young cancer patients, just like him. Jack was diagnosed with a brain tumour when he was just a baby, which has left him registered blind. 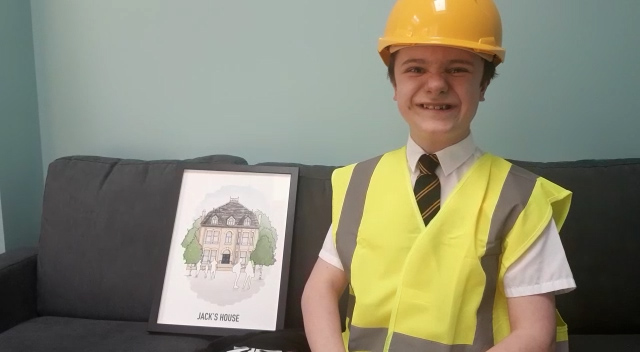 Over the past few years, much of Jack’s fundraising for young cancer patients has taken part in Morrisons stores and naming the Manchester Home from Home ‘Jack's House’ is a way to commend his fantastic fundraising achievements.

Revealing the name for the charity today in a video wearing a builder’s hard hat and high-vis jacket, Jack said, "I'm so excited because Morrisons chose the name 'Jack's House' and this will mean that families will have a place to stay in Manchester while their child is having cancer treatment. I can't wait to get the train down to visit the house and as many Morrisons stores in the area as I possibly can...I'd just like to say a big 'thank you' to all of you who chose the name 'Jack's House', this means a lot to me.”

The Home from Home in Manchester will have nine bedrooms and multiple communal spaces, as well as laundry and kitchen facilities, and will be located just a short distance away from The Christie for families of young people receiving their cancer treatment at the hospital.

CLIC Sargent will share further updates as the renovation of the property progresses in the coming months. 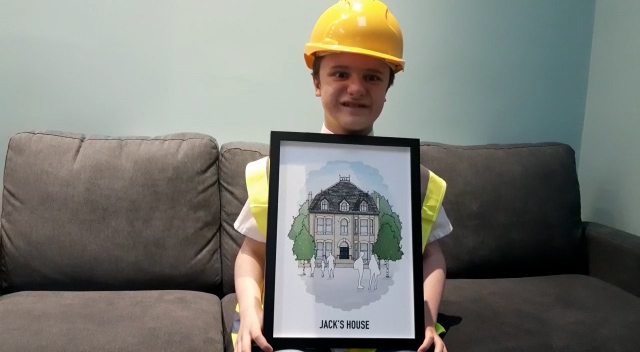 Jack’s House will join the charity’s 10 other Homes from Home close to hospitals in eight cities across the UK:

For more information on Homes from Home click here